Hey everybody!  Welp, it’s been a year since we moved to the Bay Area.  That’s right people, we are 12 months into this thing.  And it has been a whirlwind of new experiences.  I’m going to write a few posts to try and catch y’all up on our adventures.  Let’s start with the move.

If you read our moving announcement post, you know that we had 4 short weeks between the time of accepting the new job and starting it.  There was a lot to do in that short time, and not the least of which was finding a new place to live.  Finding a place was one of the first things we had to do, because it would determine how much stuff we could bring with us, and how much we’d need to sell.  We gave ourselves a brief 3 day house-hunting trip to find a place and make a decision.

We looked at a lot of places.  So many!  If you’ve never moved to another state or country you know nothing about, let me just say, it’s a daunting task.  Because you literally have no idea what you are doing.  You don’t have an opinion about any of the areas you are looking, because it’s the first time you are seeing them.  You don’t have any friends or family that live there already to guide you either.  All you have is your gut.  Three days oughta be enough, right?  No Problem! 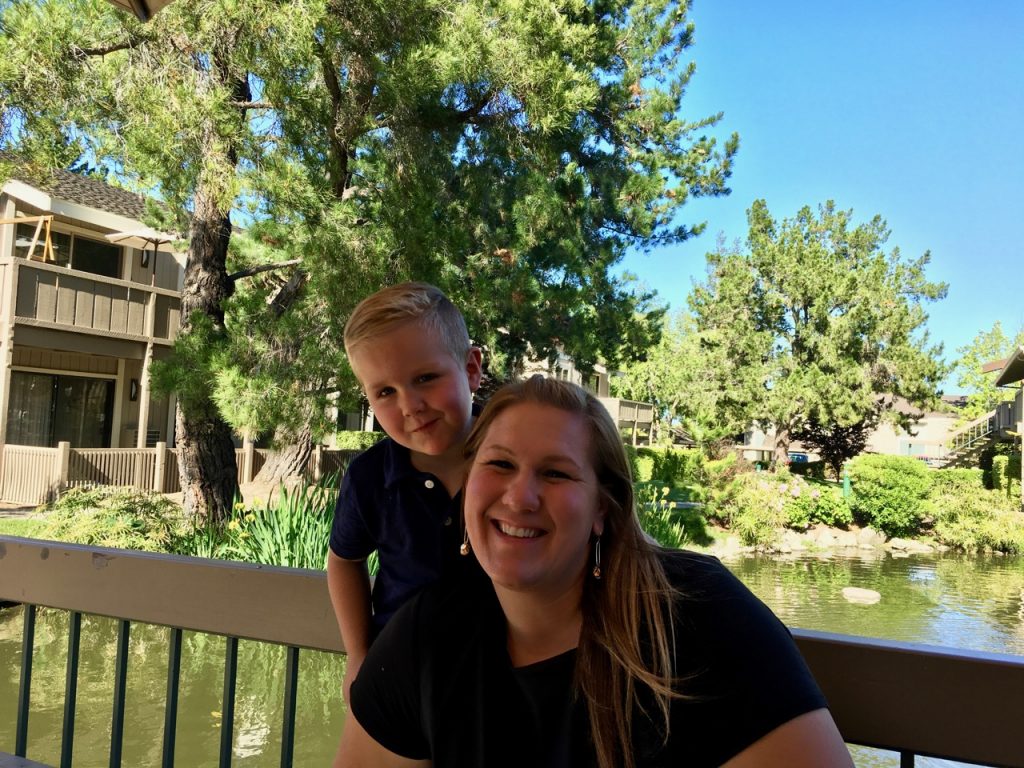 We were looking for a place that was family-friendly, safe, had good schools nearby, an acceptable commute, and nearby shopping to boot.  Oh and to top it off, we were looking for a place that wouldn’t break the bank, and didn’t look like it was still stuck in the 70’s.  No that is not a joke.  The bay area is so jam packed with people, all the wide-open spaces have already been developed.  New homes do exist, but it’s mostly because someone bought an old dumpy home, demolished it, and built a new nice one in it’s place.  But those homes aren’t for rent.  Instead, there are tons of rentals priced at 2-3 times what you’d pay per month in Utah, that haven’t been updated since the day they were built.  Now, you know that ain’t gonna fly with Shalauna.  So I had my work cut out for me. 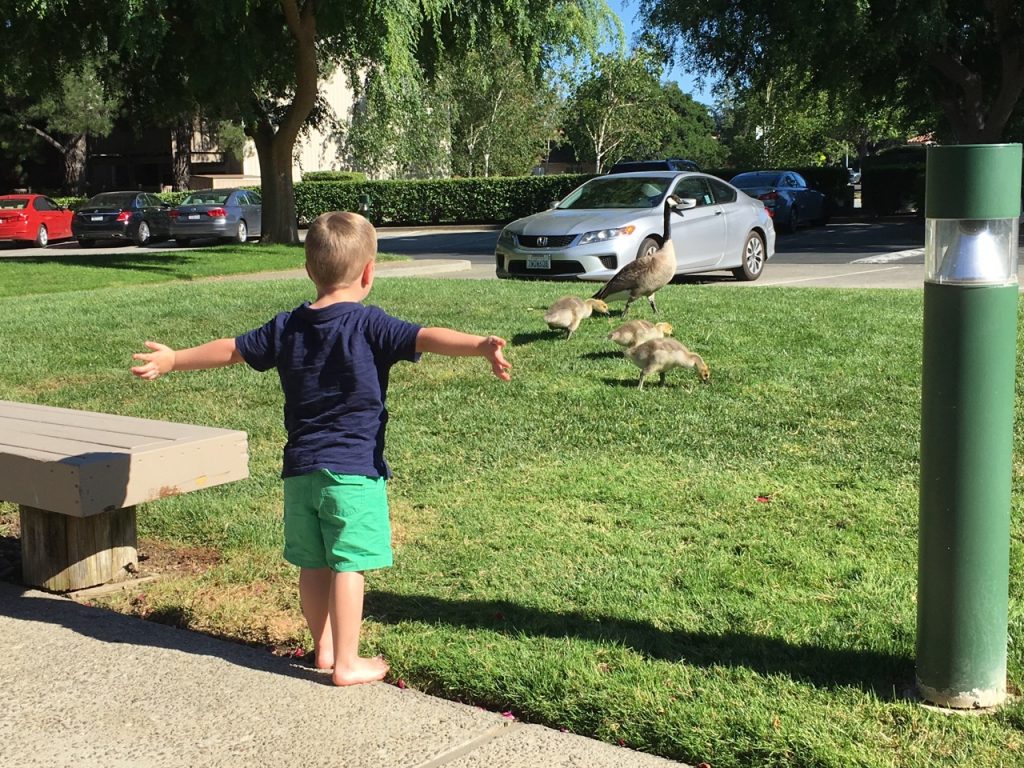 We looked at house after house, and apartment after apartment.  But we kept coming back to the first apartment we visited in Cupertino, right after stepping off the plane.  It was head and shoulders above anything else we’d seen in our 3 days of looking.  It was a 2 bedroom (recently renovated) apartment in a complex that was immaculately cared for and well groomed, with award winning gardens and streams that flowed into ponds.  Zac lovingly referred to it as “The Duck House”, because those ponds?  Yeah there were ducks in them.  Every house we looked at after this one, Zac would turn to us and say, “Let’s just live at the duck house.”  It is close to top rated schools, felt comfortable, had open space for kids to play, and even had several swimming pools and hot tubs to enjoy.  We’d made our decision.

Yes, I realize these are geese. But we’ll give them a pass as ducks.

So, we sold almost everything we owned, and moved into the duck house.  And that’s where we’ve been for the past 12 months.  We really lucked out, because it has turned out to be what we expected.  A safe place, with modern conveniences and in a great location,  Oh and the commute to my office in San Jose has been great — just 15 minutes.  That is something most bay area folk don’t get to say. 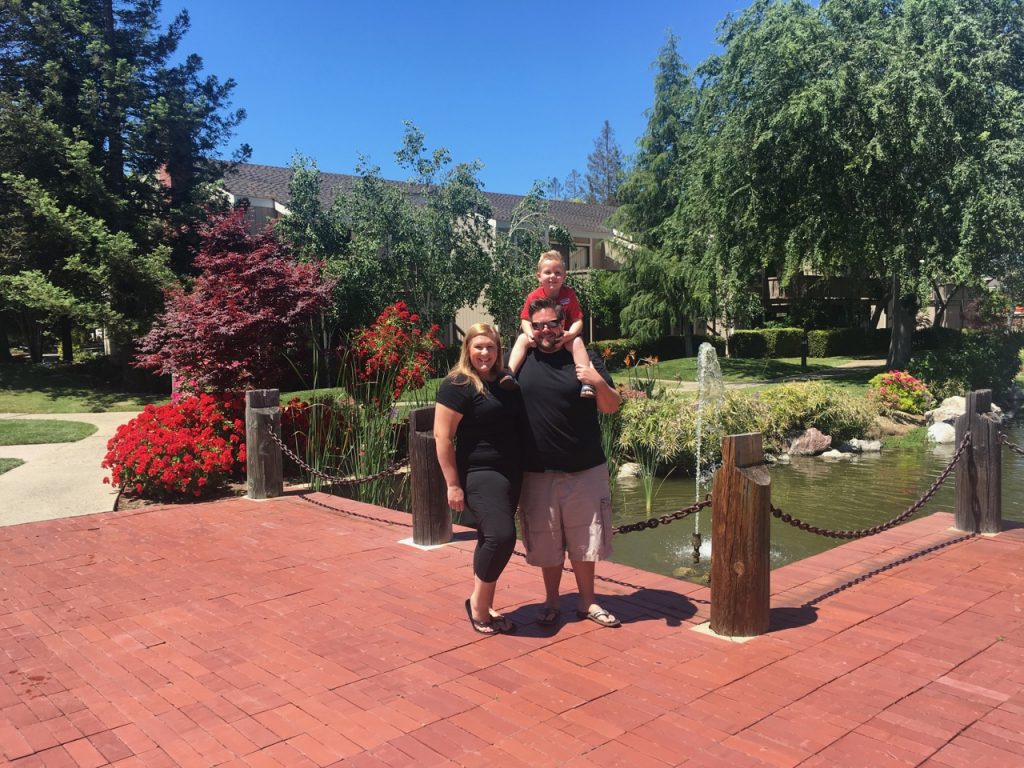 Diversity.  It’s one of the things we were looking for when we made the decision to move outside of Utah.  Yeah, I know you can find the occasional black, asian, indian and hispanic (ok I’ll give you that one) person in Utah.  But for the most part you have white mormon family here, white mormon family there, end of story.  So we were looking forward to experiencing new cultures and ethnic backgrounds that we were not familiar with. 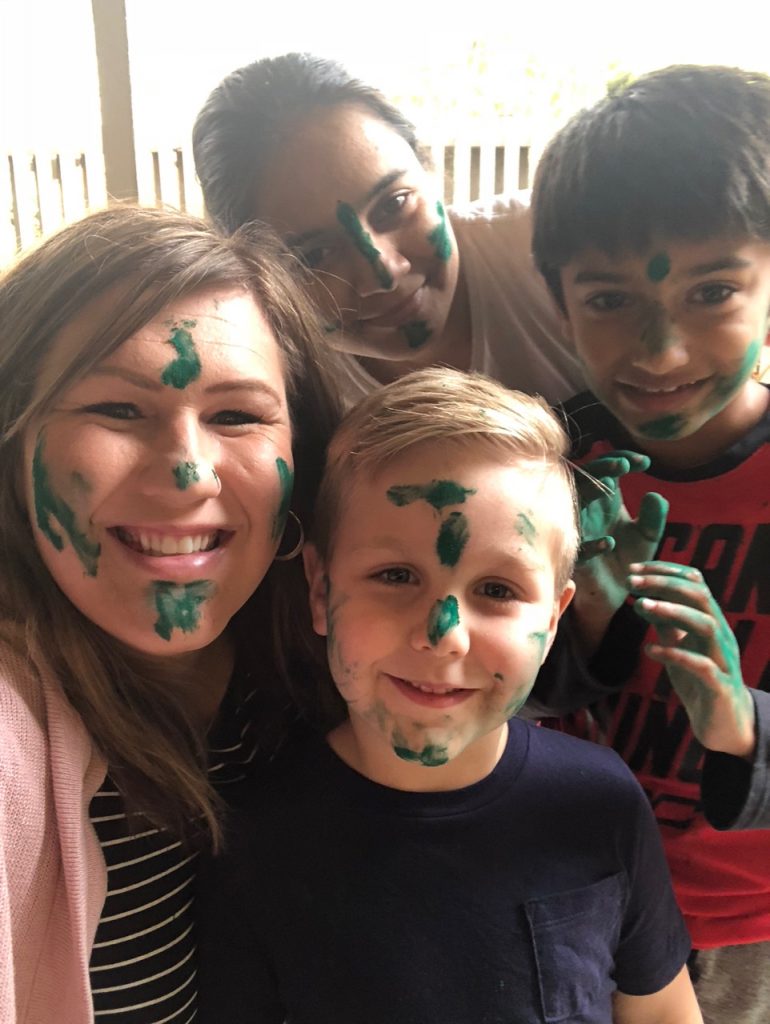 We met our indian neighbors downstairs and there was an instant connection between Zac and their son Eshan.  Eshan’s dad, Pavan, invited all of us to go to dinner with his family to his favorite Indian-Asian fusion restaurant in Sunnyvale.  It was amazing, and he treated us to all of their authentic vegetarian favorites that night. 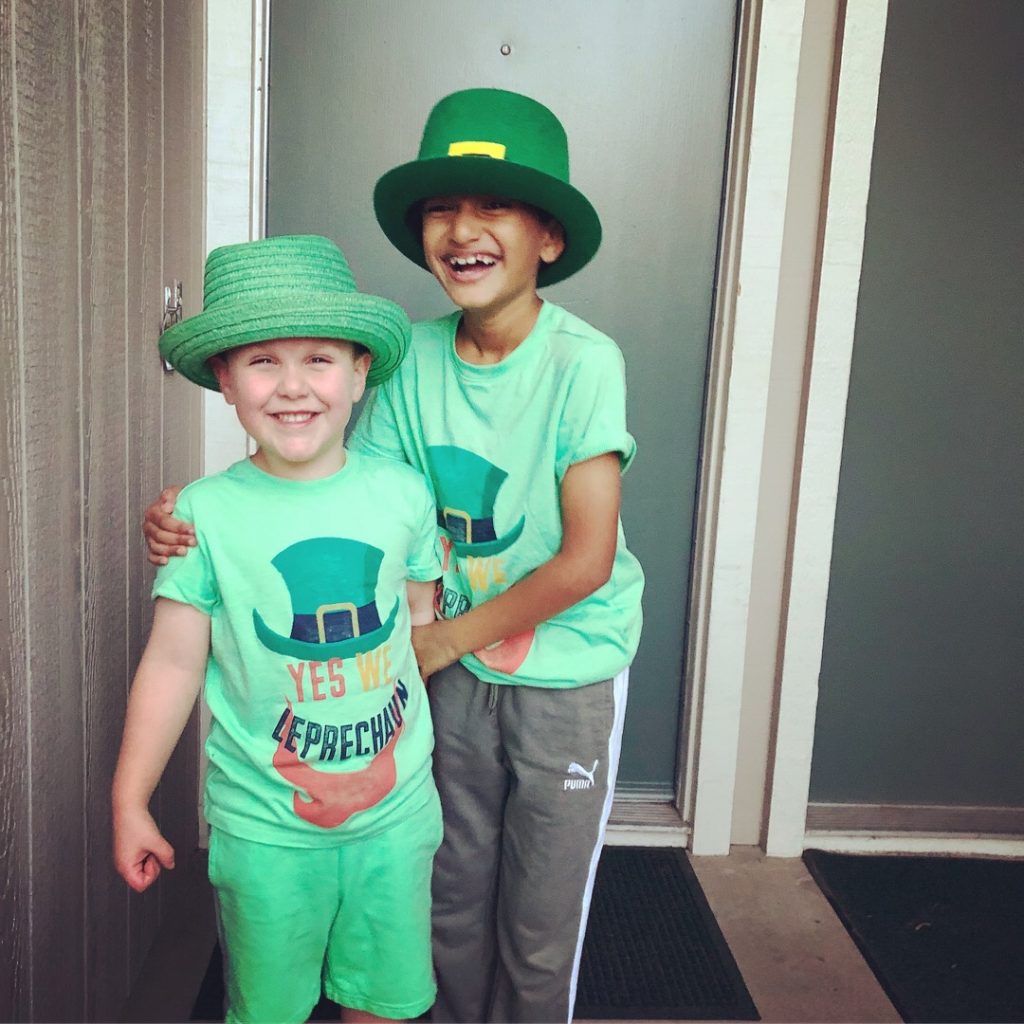 Over time, we started meeting more and more of our neighbors in the community,  And to our great surprise, it turns out, we had moved to little India!  That’s right, 90% of the people in our apartment complex are indian.  Now, don’t get me wrong.  I have nothing against Indians, everyone we’ve met is so nice and and I really like them.

The funny thing is that we stick out like sore thumbs here.  We are clearly the “different” ones in the complex.  Every time we’d meet someone new, Shalauna would say “Hi I’m Shalauna and this is my husband Jason”.  The response was always, “Oh yes, we met yesterday”, or “Yes, we know”, followed by an Indian head shake.  Now, when you are meeting so many new people, it’s easy to forget and it’s hard to remember all the names — especially when they are hard to pronounce and you’ve never met a Bhagwan before.  So, yeah, we probably did meet yesterday (Oops).  As for the second comment, it was as if the folks we hadn’t met yet had been watching us, or already knew all about us.  And why wouldn’t they? We were the new white family that they couldn’t keep their eyes off of.  I just imagined them all meeting in secret together sharing their latest observations and exchanges with us in their native tongue, telugu.  It could happen!