This is part 8 in a series of related blog posts.  You may want to start at the beginning.

After two years of dating, Shalauna had all but given up hope on me popping the question.  And since we’d dated for so long, I wanted to give her an “eight cow” kind of experience.  Lucky for me, I had dreamed up the perfect proposal when I was just a kid.  Back then, I mapped it all out in my mind, then I never told  a soul.

“Babe, I’ve got a bit of an adventure planned tomorrow…” I said, as I pulled into her driveway.  It was 10:30 on a Friday night, and we’d just returned from a movie.  “Now, I need you to be ready for me to pick you up tomorrow morning at 5:20am.”  I knew this was a tall order, because normally Shalauna only had one 5 o’clock in her day – and that’s in the PM!  She raised her brow in disbelief as I confirmed that I was dead serious.  I could see the wheels turning as she started to wonder what the heck I was up to. 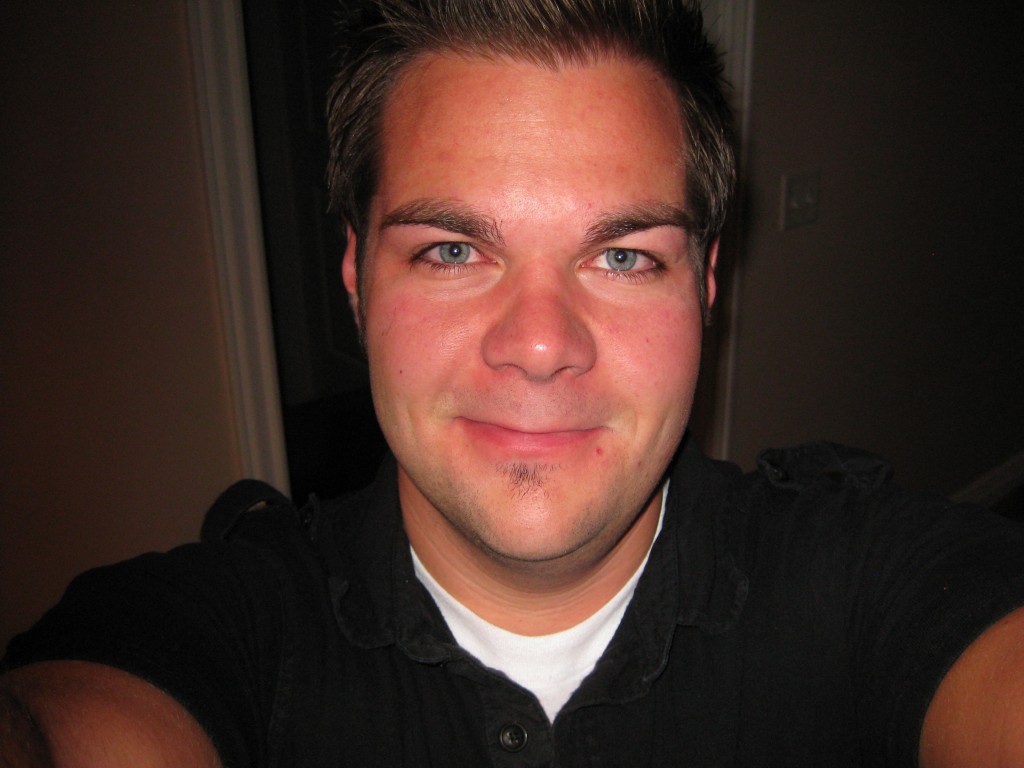 The next morning, as promised, I arrived in front of her house.  It was July 30th, 2010 and the sun wasn’t even up yet.  All dolled up and ready to roll, she grinned ear to ear from the passenger seat next to me.  “Sweetie?!  What is going on, where are we going??”  she insisted.  We drove north for 30 minutes before I finally gave her a hint.  “Ok, ok, I’ll tell you,” I lied, “We’re going to Park City.  They have a big sale on iPhones today and the first two people in line get theirs for free.”  She wasn’t buying it.

Within an hour of picking her up, we pulled into the parking lot of the finest hotel you can find in Park City: Best Western.  Incidentally, right next to the Tanger outlets.  “Are you serious?!” she exclaimed.  The car came to a stop right behind a Chevy suburban, pulling what looked like an unbranded uHaul trailer.  I got out of the car and approached the Suburban.  The gentleman in the driver seat and I spoke for a minute, then I returned to my car.  Shalauna was stumped.  She didn’t recognize the guy, and she had no idea why we spent the next 10 minutes following him to an undisclosed location. 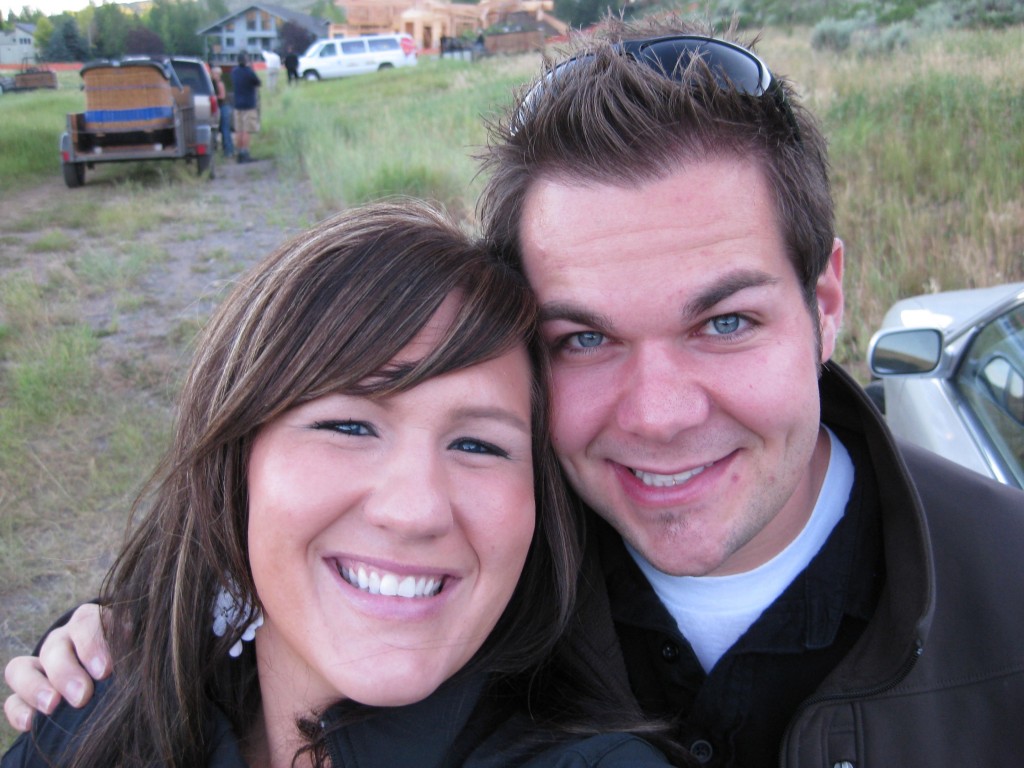 We pulled into, what seemed like, a hidden field nestled in the hills of Park City.  “What now?” Shalauna inquired.  “You’ll see…” I promised, as I took hold of her hand.  We watched, as the gentleman and his assistant began to unload the mystery trailer.  They unloaded what looked like a humongous tent and laid it out on the ground.  Followed by an enormous whicker basket, and a…a…flame thrower. 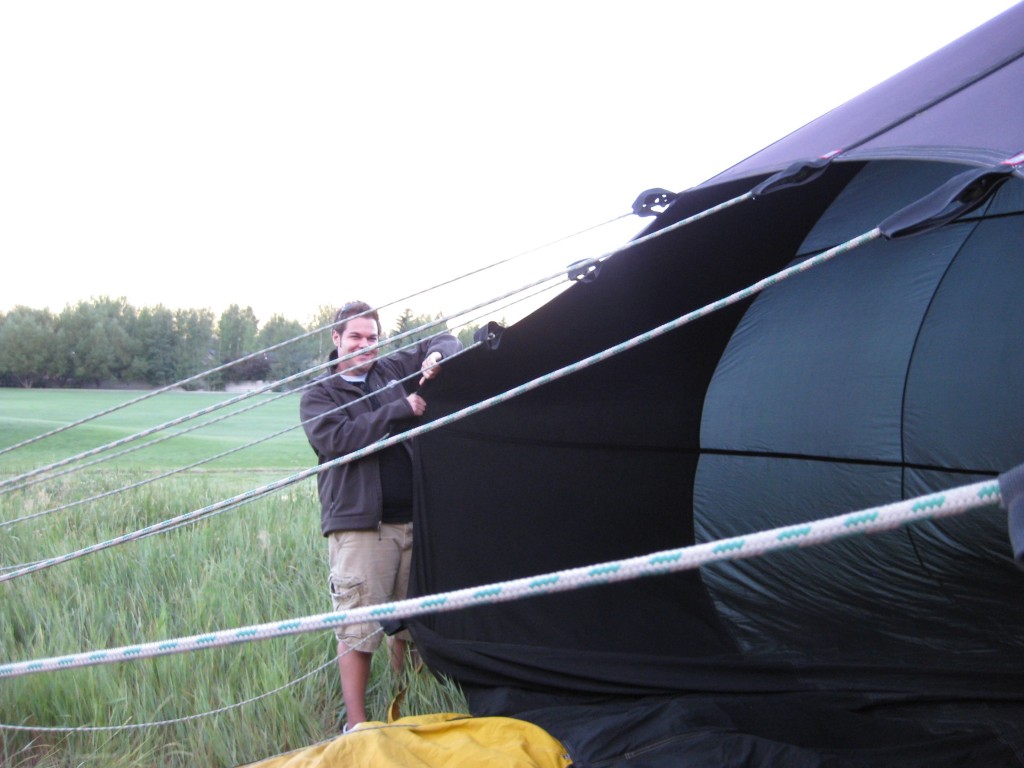 “Um, is that a hot air balloon, sweetie?!” she tested.  “It sure is!” I exclaimed.  Now, she had assumed this was like every other time we’d seen hot air balloons lift off on the Fourth of July.  What she didn’t know was that we were about to climb aboard. 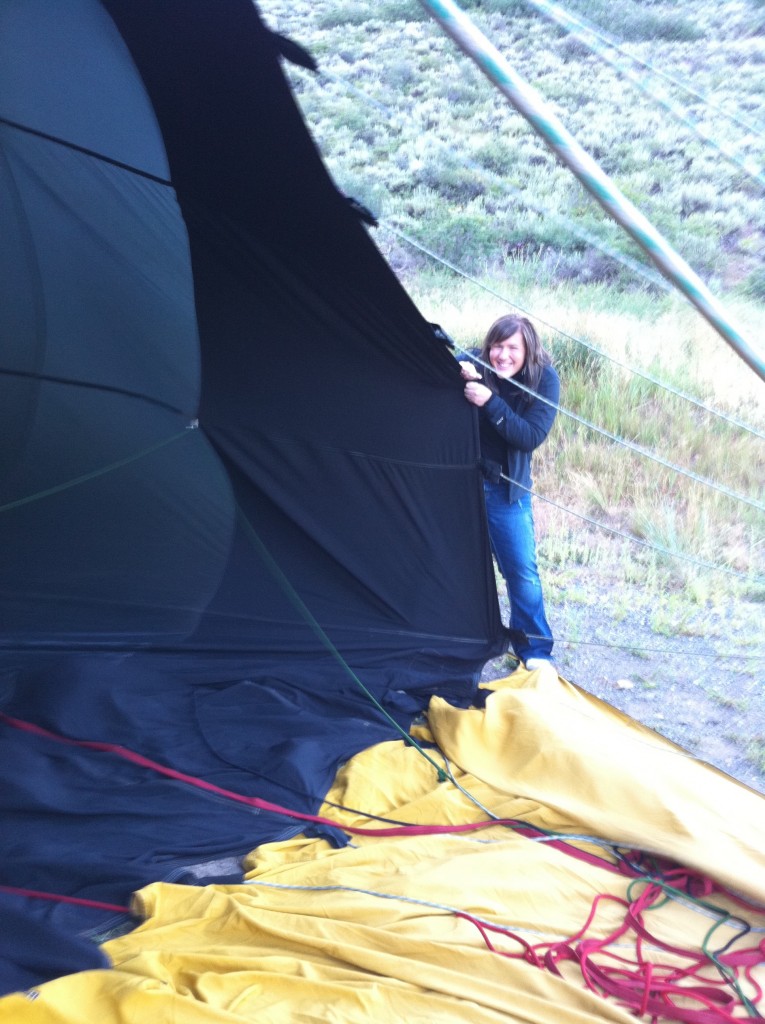 As we helped inflate the balloon with hot air, Shalauna kept thinking to herself, “Whicker baskets are really strong… right?”   Trying to convince herself everything would be ok if she was standing in one, thousands of feet above the ground. 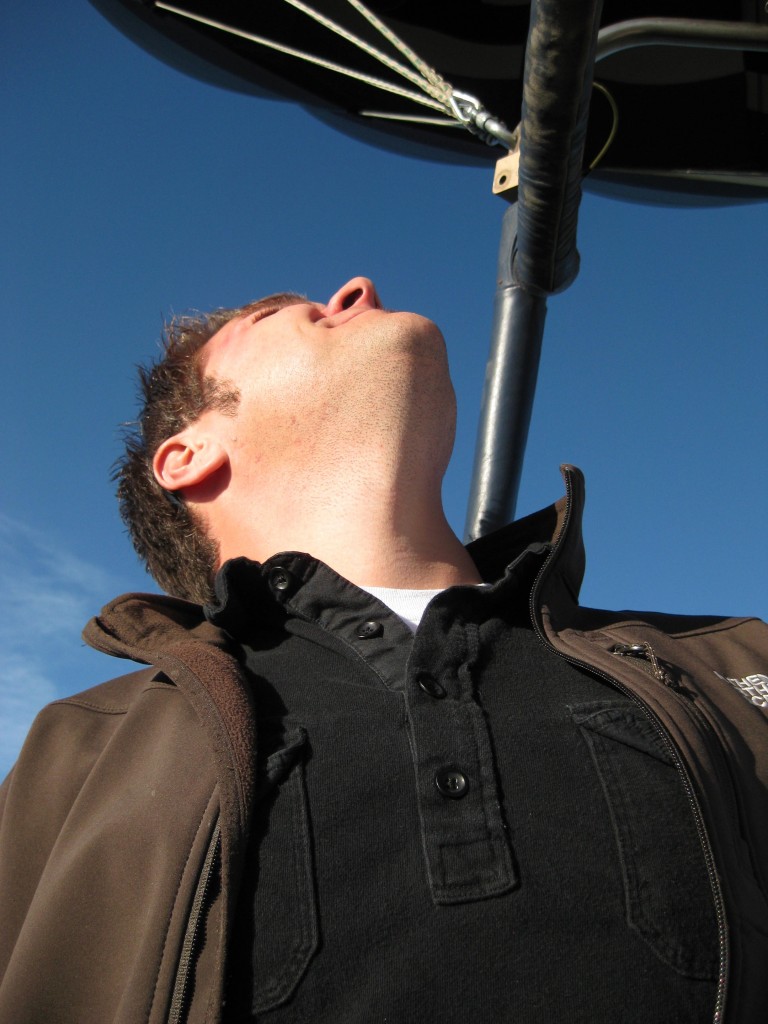 The next thing we knew, we were both in the basket.  Gradually ascending into the blue sky.  This was a popular take off point for hot air balloons, so there were other balloons starting to lift off as well.  Each of those balloons had 6 to 12 people in their baskets, but we were the only two passengers in ours.  At the time, Shalauna thought privately, “Um, what is wrong with our pilot that nobody else wants to fly with him?!” 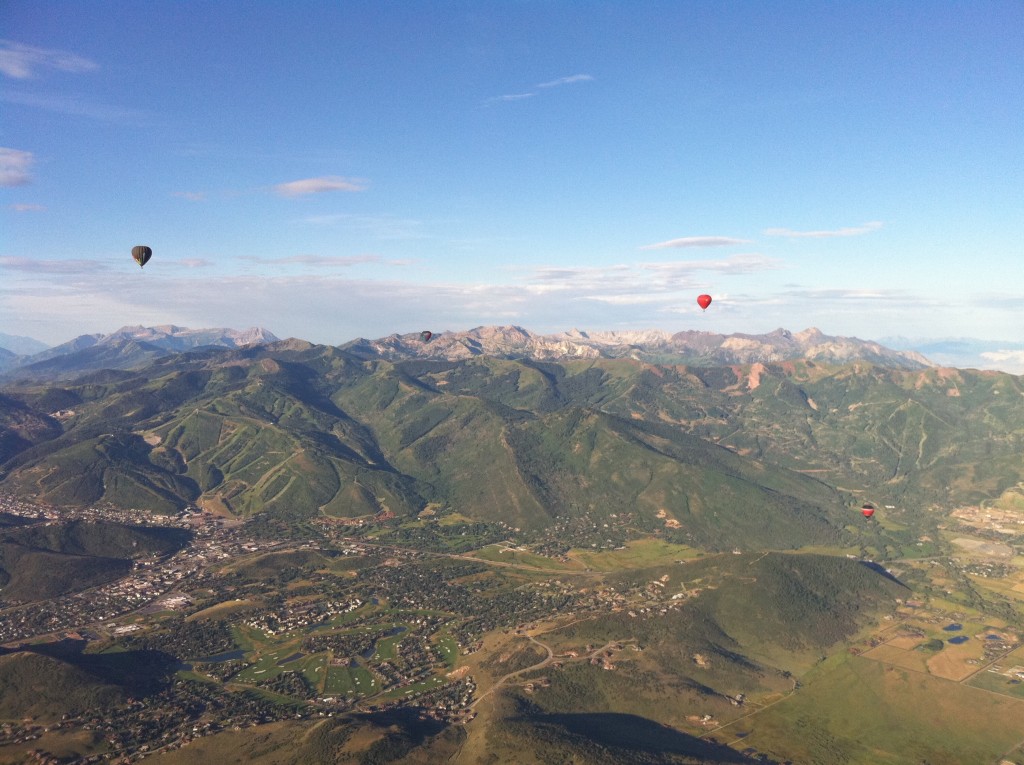 We ascended up over a hill to reveal a large banner pulled tight between two people on the ground.  It read, in huge text “Will you marry me?”

Shalauna turned to me and said, “Oh my gosh!  Look!”, pointing to the banner, “I wonder who it’s for?” glancing around to the other balloons. 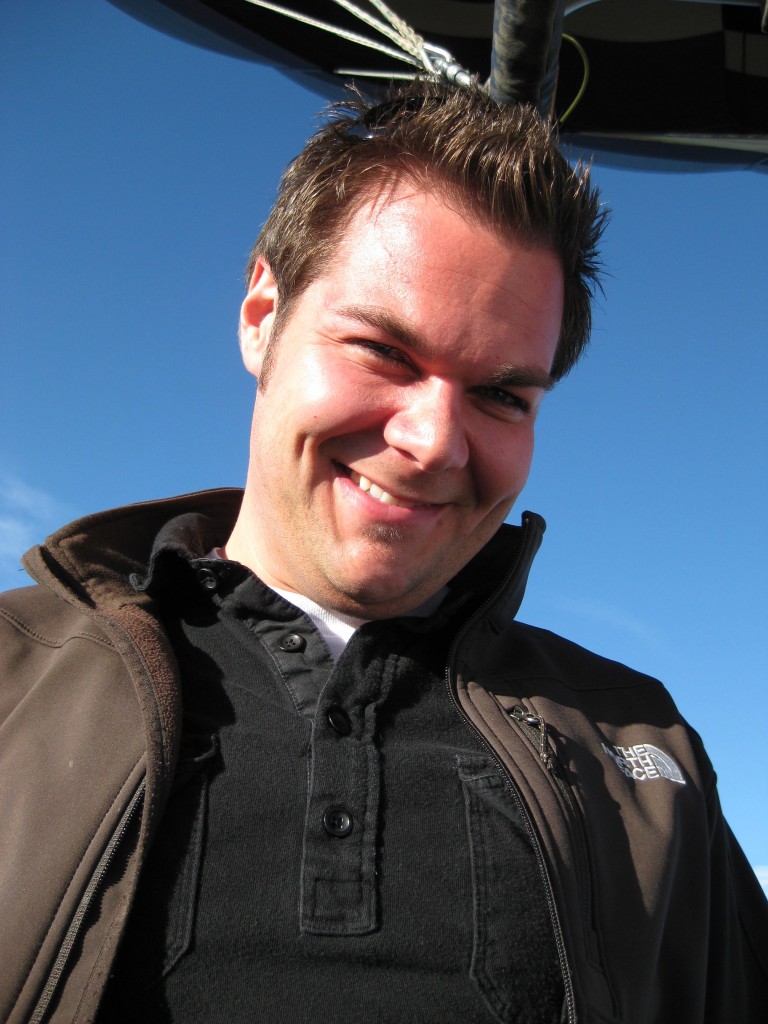 “Sweetie, it’s for you” I whispered.  Just then, I pulled out a small ring box from my pocket and cracked it open.  I looked into her eyes and said, “Climbing aboard a hot air balloon, like this one, requires a lot of faith.  We got into this balloon, not knowing which direction the wind would blow, or where the current will take us.  But we got in, knowing that wherever we end up, we’ll be there together.”  I continued, “Well babe, that’s what I want with you forever.  I don’t care where our basket of life lands, as long as you’re in it with me.  Will you marry me?” 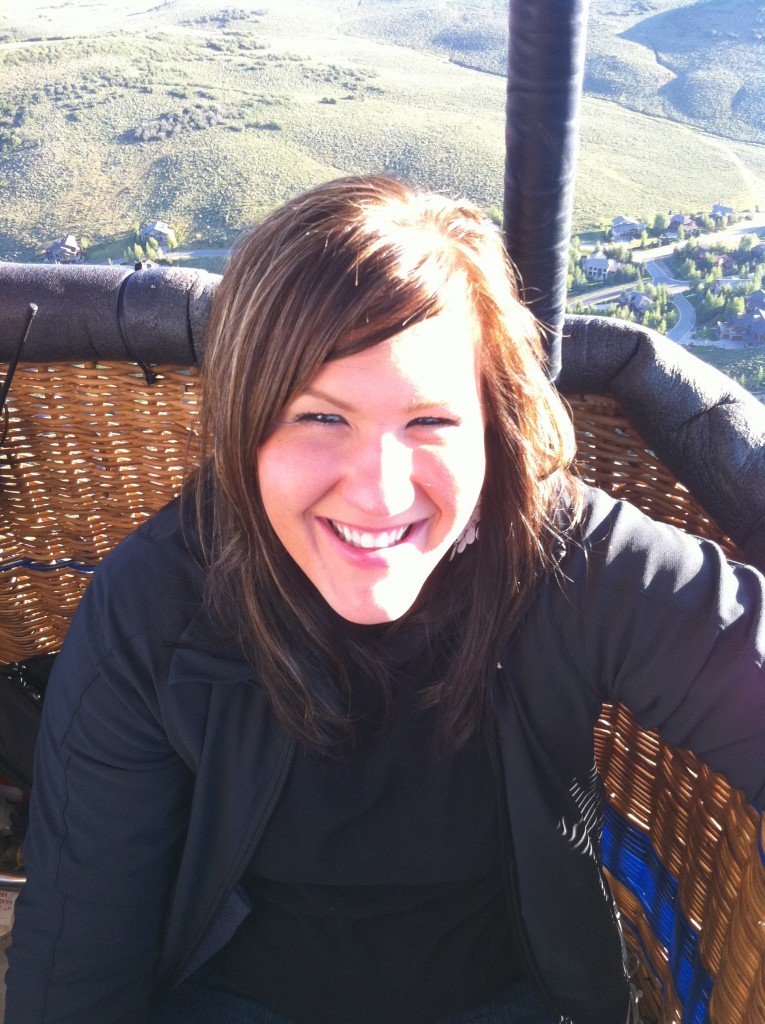 I was relieved to hear an enthusiastic, “YES!”. 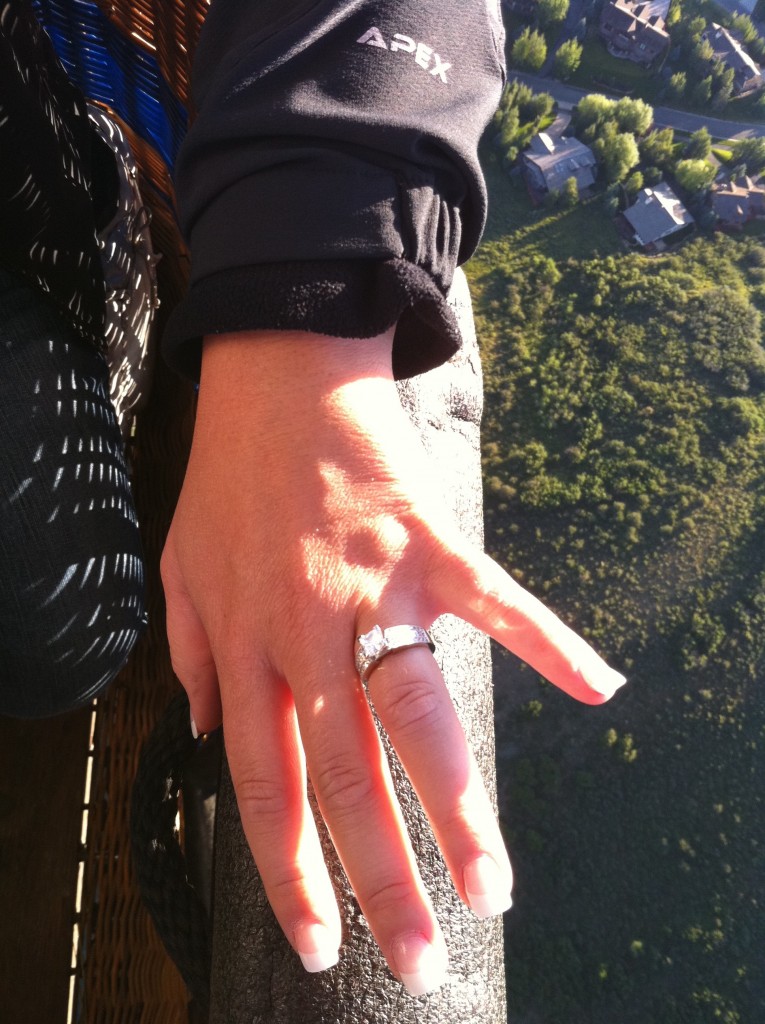 We ascended 11,500 feet above the surface of the earth that day.  That’s a little more than 2 miles. 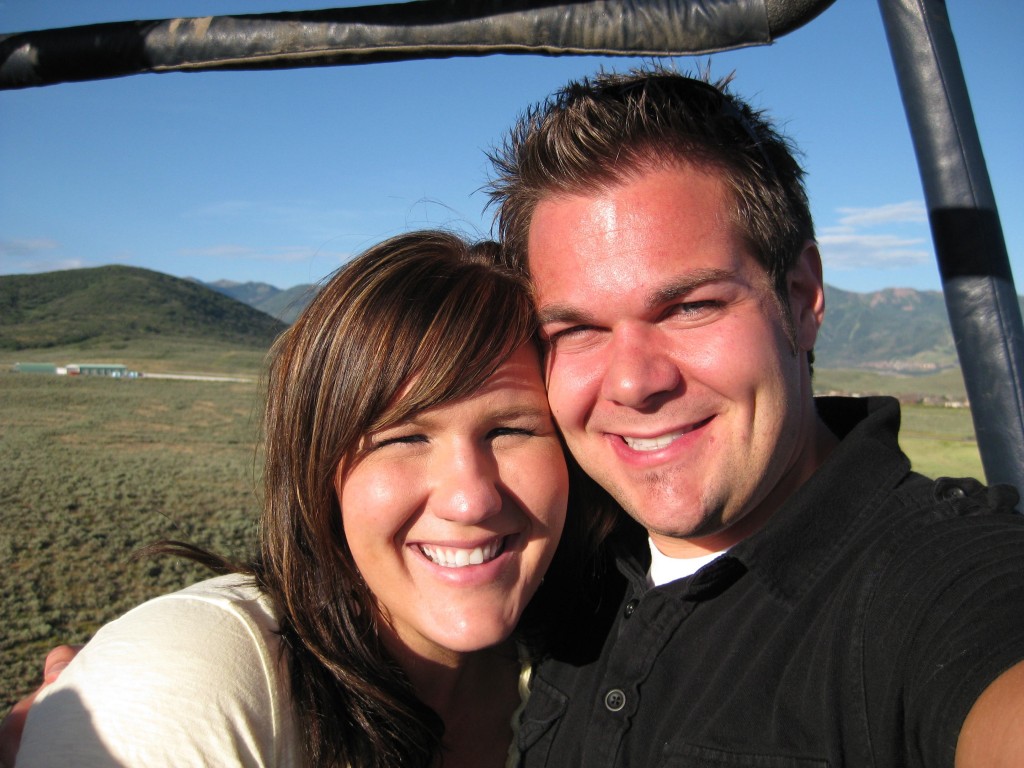